The model for all normal distributions.

Where μ is the mean, and σ2 is the variance of the distribution. 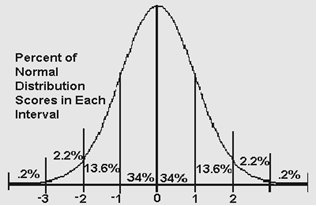 Properties of the Standard Normal Distribution

The mean values of the SND are plotted along the x-axis. In order to compare any normal distribution (any value of mean, and any value of standard deviation) to the SND, the values of z-score are computed as:

Consider a scenario where the average age of workers in a plant is 30 with standard deviation of 4. We want to find the probability that a worker picked at random will have age less than 40. 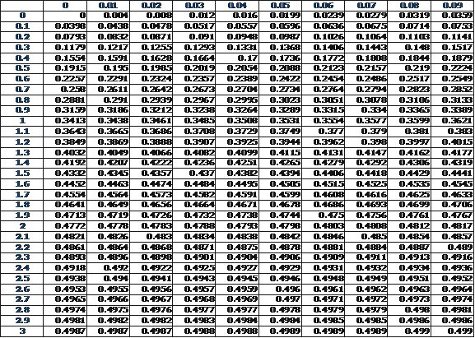 T-Score Table for the t-Distribution